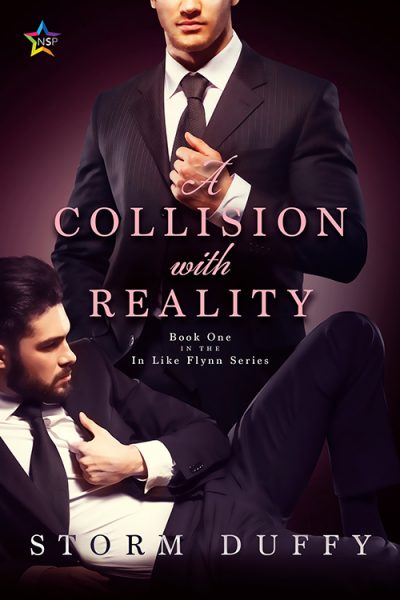 Flynn’s new boss is so hot he can’t wait to get home to tell the chatroom how much he wants Dom’s cock down his throat. By Friday, he’s shared quite a few thoughts on what he’d like his boss to do to him. But he’s not as anonymous as he thinks, and Dom’s intent on disciplining him for breaching company policy on social networking. Dom gives him a choice of put up or shut up: he can play out the fantasy in real life, or he can walk out of the office without a word to HR as long as he never talks that way about Dom again. Flynn chooses “put up”—but he’s forgotten about one of the things he said he wouldn’t mind doing.

This site uses Akismet to reduce spam. Learn how your comment data is processed.